Winston-Salem’s long history and reputation of preserving its important buildings mean we have many places to visit there with interesting backstories. But did you know that’s the case even with places to rest your head here?

Since we’ve been lucky enough to visit four historic hotels in Winston-Salem, we want to share their background and what we’re doing with you here. And after having a look at each one, you can decide on which one you’ll be checking into for your next weekend in the Dash.

This post is part of our series on Winston-Salem and hotels throughout North Carolina. These awesome historic hotels are a big reason why we consider Winston-Salem among our favorite romantic getaways!

We’ve also featured the city as one of our favorite day trips from Greensboro, as well as from Raleigh and Durham!

This historic hotel etched into Winston-Salem’s rolling green hills is arguably one of the city’s most luxurious. The Graylyn Estate is the former home of one-time RJ Reynolds chairman, Bowman Gray and his wife Nathalie. The Norman Revival style home was built in 1925 and originally sat on 87 acres as part of the Reynolds Plantation.

Bowman and Nathalie made Graylyn their home and decorated it to display their travels and wealth. When completed, Graylyn was the second-largest home in North Carolina to Biltmore Estate, of course.

Read More: How to Enjoy Christmas at Biltmore

After Bowman’s death, Nathalie and her sons gifted the estate to Wake Forest’s School of Medicine in 1946. From 1947 to 1959, it served as a psychiatric hospital.

Today, Graylyn features 85 unique guestrooms on its vast and beautiful 55-acre estate. Each room is uniquely decorated so one’s experience differs upon each visit.

Quirky ironwork, stone walls, and lavish tile are some of the unique features throughout the house. You’ll get the 1930s residence feel by staying in one of the thirty-four guest rooms in the Manor House.

Groups will enjoy experiences at the Bernard Cottage, Gardener’s Cottage, or the Bungalows.

For a more intimate stay, book a night or more in the French cottage-inspired Mews. Here, you’ll find one of Graylyn’s five premium suites situated throughout the estate. They vary in size and design.

The premium suite in The Mews was Oprah Winfrey’s favorite during visits to her friend and Wake Forest University professor Maya Angelou. For more premium spaces, check out the Bowman Gray premium suite.

Among the ways to live in luxury include a massive king size bed, built-in scales, marble tub, and a seventeen-head shower.

Check here for more info on room availability and pricing at Graylyn.

The Cardinal Hotel combines the iconic and historic Reynolds Building with Kimpton, known for designing more than a place to stay. Before it became a historic hotel in Winston-Salem, RJ Reynolds Tobacco called this Art Deco skyscraper home from its construction in 1929 through the 1970s.

S&L were also responsible for the Hill Building in Durham, which is now the 21c Museum Hotel. The Reynolds Building served as the prototype for the Empire State Building and thus, receives a Father’s Day card every year.

Historic significance and extravagance of building materials include black marble from Belgium and a gold leaf-festooned lobby ceiling. Those features helped land the Reynolds Building on the National Register of Historic Places.

And to add some irony, tobacco may have built this structure, but it is now a smoke-free property.

The interior’s decor reminds us of the masculinity that once dominated the building. You’ll see that through the dark blues, leather, and animal horns all around.

You’ll find a stark contrast to all this inside the hotel’s restaurant, The Katharine. Named for Reynolds family’s matriarch, this French brasserie is one of our favorite restaurants in Winston-Salem.

It celebrates the feminine touch and influence of Katharine, which was well-known in her husband’s company and beyond in Winston-Salem. We mentioned her accolades among others in our feature on the city’s women-owned businesses.

The Cardinal Hotel is one of our favorite places to stay in North Carolina and you can read more about it here. If you’re already convinced and want to book with them, check here for prices and availability.

The Brookstown Inn Hotel is actually two buildings that once made up the Arista Cotton Mill Complex dating back to 1903. It sits just steps away from Old Salem, one of the best museums in Winston-Salem, as well as an interesting historic town.

Moravians constructed the first building that makes up today’s Brookstown Inn in 1836 as a three-story brick with a monitor roof. In 1837, it opened as Salem Manufacturing Company and was one of the first mills in the South to utilize electric lighting.

The Moravian community opened the mill because they knew a large-scale cotton operation would be profitable and bring more business to the area.

The second building was a mill completed in 1880 by F & H Fries Cotton. This structure is 14 bays long with bracketed eaves and timber supports.

The mill employed 150 workers and over $125,000 in equipment. The first floor was used for weaving, second for carding, and third floor for spinning.

The hotel today captures the mill’s history and charm but with elegance and hospitality. Parts of the original millworks are still visible and the rooms have exposed wood ceilings and grand brick windows.

Add all of those things together and you’ve got one of Winston-Salem’s most beautiful historic hotels. Choose from one of the 70 guest rooms adorned with 19th-century pine floors and antique furniture.

Hand-stitched quilts cover the poster-style beds and many suites are bi-level, featuring a decorative fireplace.

For those already convinced to stay at the Brookstown Inn Hotel, check here for prices and room availability.

What was once Downtown’s Pepper Building is now Hotel Indigo. Constructed in 1928 by Northup and O’Brien, this six-story brick building and its flat parapeted roof perfectly blend into Downtown’s Art Deco vibe.

The architects utilized a smooth cream terra-cotta against variegated brown and sandstone brickwork to bring more attention to detail. The Pepper Building was once a department store and office building.

Interestingly enough, the building also hosted a speakeasy at the bottom during Prohibition.

Sir Winston is another nod to the building’s past, celebrating Sir Winston Churchill, but also the Pepper Building’s original restaurant from more than 20 years ago.

Even though the busy department has transformed into an eclectic and stylistic hotel, the original framework of the building and details are still clearly visible. That’s because Indigo utilizes its original floors, windows, and doors as well as vintage signage and pendant lighting unearthed from the sub-basement.

Local art adorns every room in the hotel which is just as important to Hotel Indigo as weaving a historical connection.

If you’d like to stay at Hotel Indigo, start here to compare room availability and prices.

While all of these original buildings were built around the same time period each hotel offers something different and unique! And whether you rest your head in luxury like the Graylyns or checking in to a former warehouse room, we know you’ll enjoy any one of these places.

Ever stayed in one of these places? How as your time there? And if you’ve never been, which one of these historic hotels will you be visiting the next time you’re in Winston-Salem?

More Things to Do in Winston-Salem 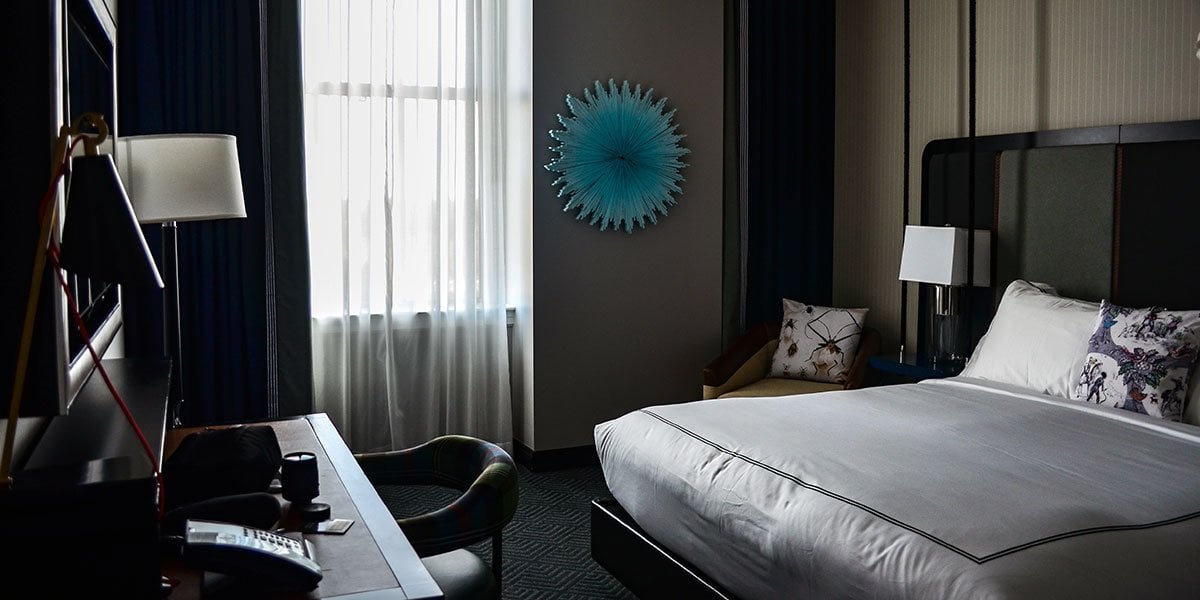 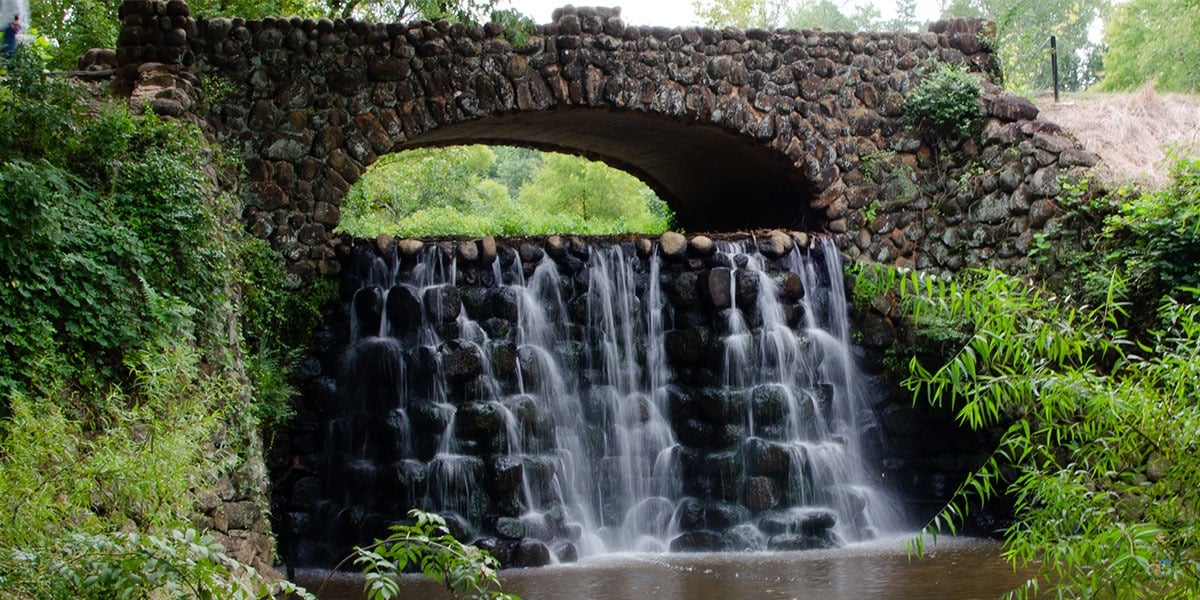 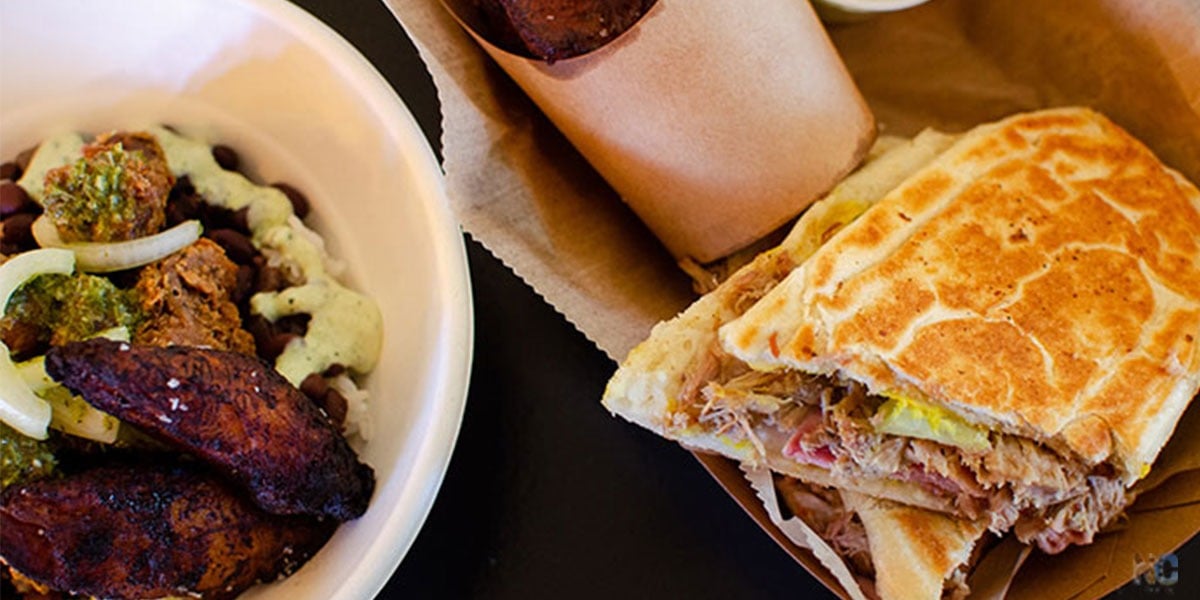 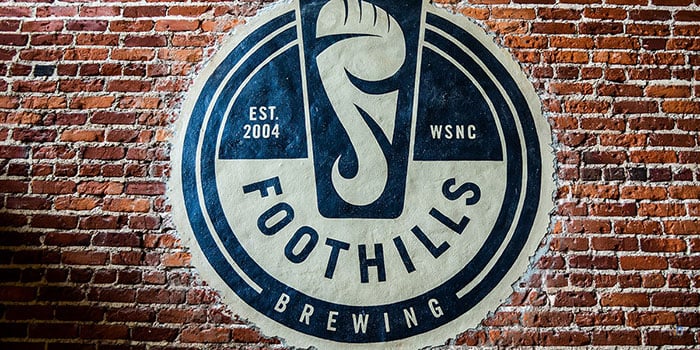