If you’ve spent time at Dirtbag Ales Brewery and Taproom in Hope Mills near Fayetteville, you’ll quickly understand that this Veteran-owned brewery offers more than NC Bucket List-worthy brews, an incredible location, and bomb-ass food provided by the chef-led Napkins.

Personally, I think Dirtbag’s communal atmosphere is most worthy of our appreciation. And whether you visit during a “normal” day or any time a special event is going on, you’re going to pick up on that vibe no matter when you visit.

If you don’t believe us when we say Dirtbag is a community within a brewery, then maybe you should head out on I-95, get off at exit 41, and have a look for yourself.

Before you do, take a ride with us for some background on the Dirtbags behind it all, how they got here, and things we love about this more-than-a-brewery.

Note: This post about Dirtbag Ales Brewery and Taproom is completely unsponsored. In fact, we weren’t even asked to write about these dirtbags. We just really like them!

Three men named Jerry, Tito, and Eric, came together in an unlikely way to create Dirtbag Ales. Jerry, newly married and gifted a homebrew kit, was promised free beer for life in exchange for his kit.

In his garage, Tito stewed, welded, and brewed from that kit. Luckily, he had plenty of friends to test his beer for him. One of the friends was Eric, a self-proclaimed whiskey snob who had worked with Tito as a medic in Baghdad.

Eric loved Tito’s “The Kolsch” so much that he decided to throw as much of his money at him as possible.

Read More: Outstanding Things to Do in Fayetteville

The three partnered up and formed Dirtbag Ales LLC. The name “Dirtbag” reflects the trifecta’s desire to innovate and create beyond any rulebooks or supposed conventional wisdom.

They started brewing through Railhouse Brewery in Aberdeen—the first contract brewing done anywhere in the state. This arrangement has largely built the American craft beer movement. And like many before them, it was necessary for raising enough funds for opening their own brewery.

From Fayetteville to Hope Mills

The first Dirtbag Ales brewery opened on Fayetteville’s Legion Road in September 2014. Even though they struggled to obtain loans that would help them effectively run the business, these dirtbags persevered and still made great beers.

The three wanted a bigger space and eventually started construction for their current Hope Mills site in 2017. It took two years to complete and in August 2019, Dirtbag moved into an immaculate 8,000 square foot facility right off I-95 (Exit 41).

While Dirtbag Ales is so much more than just a brewery, it all begins with their incredible beer! When you walk inside to grab a beer, 20-plus taps await your pick.

The Kolsch is the same as the one brewed in Tito’s garage and remains on tap at Dirtbag. This blood orange brew balances the hops and malts with sweet citrus and fruit to be a light, delicious beer.

I will say it again and again until I’m blue in the face. Dirtbag makes an incredible Cold Brew Mocha Porter, even for this person who’s typically an IPA drinker. It’s a beer I truly crave and a big reason why we stop at Dirtbag anytime we’re on I-95.

Using local beans from High Octane in Aberdeen, this brew started as a specialty cask offering. Thanks to high demand (not just from us), it’s now a flagship offering at Dirtbag.

Of course, there are many more beers to explore at Dirtbag. If you’ve tasted their creations before, what’s your favorite? Let us know in the comments section!

The indoor space is important, but outside is where you’ll understand the size and scale of Dirtbag Ales.

The Food at Dirtbag: Napkins

Napkins opened in August 2019 and is a separate business from Dirtbag Ales. It’s responsible for the food at Dirtbag and is a nice and mouthwatering added touch to the property.

Owner and chef Brian Graybill caters to whatever is happening at Dirtbag, which keeps the menu interesting no matter when you visit. And since the menu changes daily, you can bet your biscuit that incredible food will keep coming out of his window.

The Sunday Farmer’s Market (and Yoga)

One mainstay event Graybill keeps up with his Dirtbag’s rain-or-shine Sunday Farmer’s Market. Held each Sunday from Easter to Thanksgiving, Dirtbag’s 40 by 60-foot pavilion hosts the best local farmers, artisans, and vendors of Cumberland County.

Yoga also happens at the same time, making it easy to pull a down-dog before you sip and shop!

Events Throughout the Year

Dirtbag Ales also works to support those who’ve served and currently serve at Fort Bragg, the largest military installation in the United States. Each November, Fayetteville hosts Heroes Homecoming, a celebration to acknowledge the service and sacrifice made by service members.

One of their many contributions is the Heroes Homecoming Pilsner. That’s a collaboration with Bee Hoppy Farms in Pittsboro, Tap Hopper Canning in the Triad, and Epiphany Craft Malts in Durham.

And on top of that, live music happens almost every weekend so there’s always a reason to swing by for a pint! Check the Dirtbag Ales Facebook Page before you head over.

With six acres of land to work with, Dirtbag has a leg up on nearly all North Carolina breweries we’ve visited. Not only do they have a dog park and soccer field, but there’s also a playground that will keep your kids busy.

Parents, I cannot stress how amazing I find the outdoor space. During one Sunday that we visited, I browsed the farmer’s market while sipping a Cold Brew Mocha Porter. And you know the best part? I did this while my kid enjoyed the playground and her dad watched.

It was the least stressful brewery experience I’ve ever had with a child in tow. And each time we’ve visited has been a similar experience. You can try to prove us wrong but we’re convinced that Dirtbag is a REAL family-friendly brewery.

We truly believe that last point, which is why we included Dirtbag among our favorite things to do with kids in Fayetteville.

A Word from One Dirtbag

When your business is built on $5 beers, as co-Dirtbag Eric told me, “you’re not going to be successful if everyone that walks in buys two pints and never comes back because your taproom was dirty or your servers were inattentive or it’s obvious you don’t really care about your product.”

He explained that it’s more important to prove to the community that you want to be one of their favorite breweries. Eric and his fellow co-owners care a lot about what we as beer drinkers think. That comes down to all of the details that we may not see. It’s the beer, the marketing, the heartfelt “Hello,” and the hula hoops at the playground.

All of that makes Dirtbag Ales the whole package and a brewery whose business model we are proud to support and continue frequenting. We keep asking them to open a space in Durham every time we’re there. But alas, these Dirtbags really love their Cumberland County digs!

Why We’re Dirtbags, Too!

Incredible beer, a huge venue, killer food, a stellar location of I-95 and tons of events aren’t all that we love about Dirtbag Ales. It’s the fact that when you walk in, it’s clear that the people in charge care about more than just their product or the dollar-dollar-bills-yall.

So if you’re hunkering for an awesome experience that’s just off I-95 (remember, Exit 41), stop by Dirtbag to stretch your legs with a Cold Brew Mocha Porter. We know you’ll enjoy more than the amazing beer you order.

More Fayetteville Area Things to Do 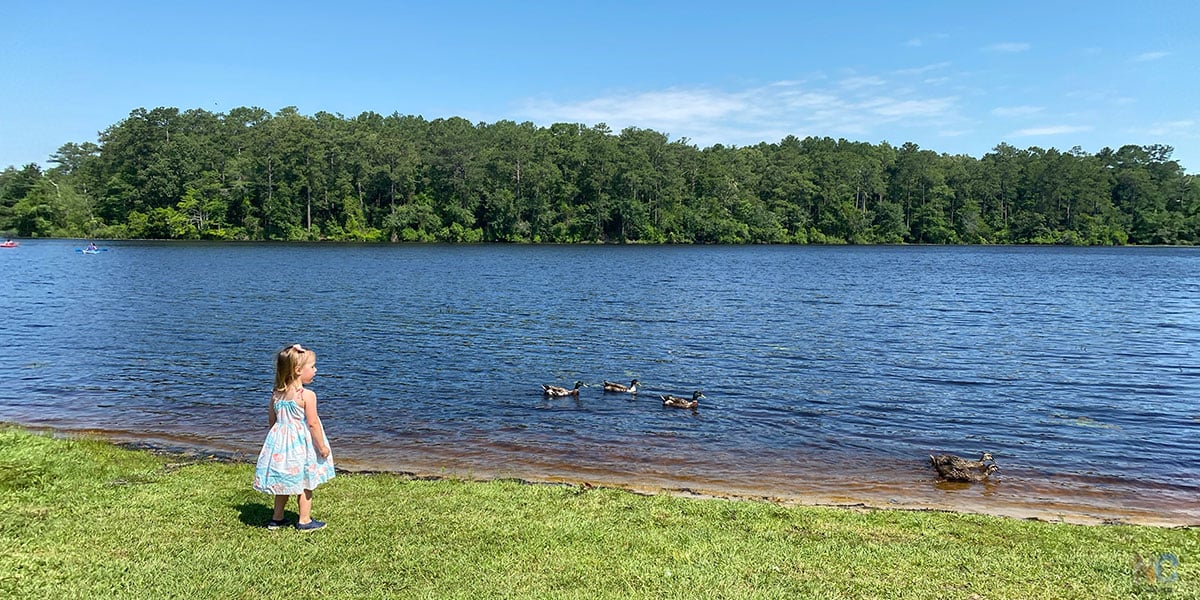 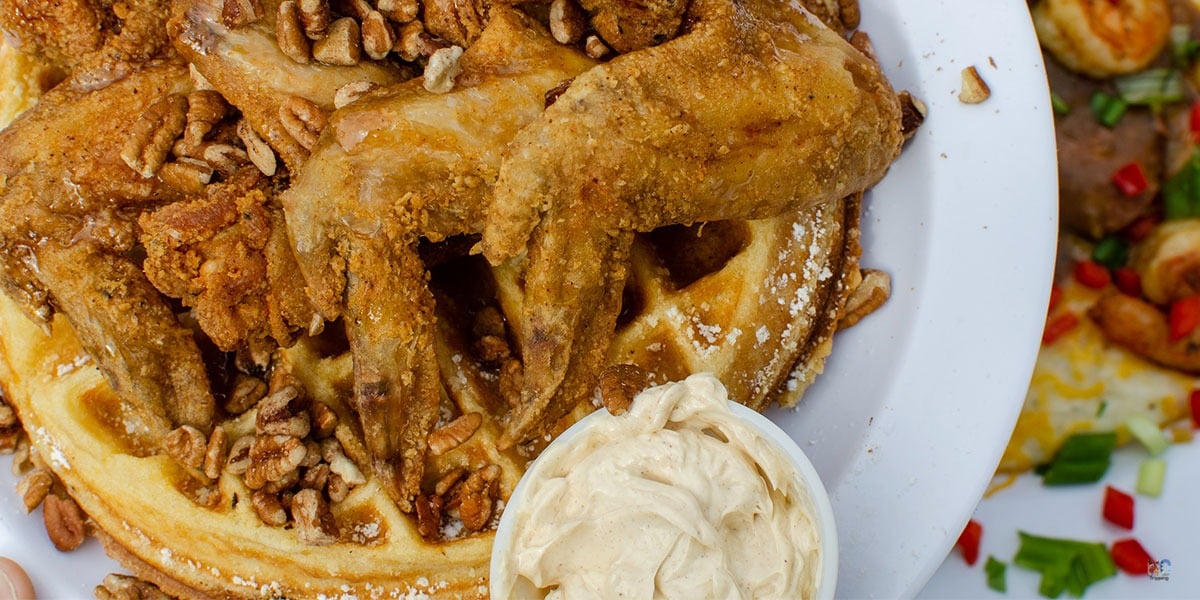 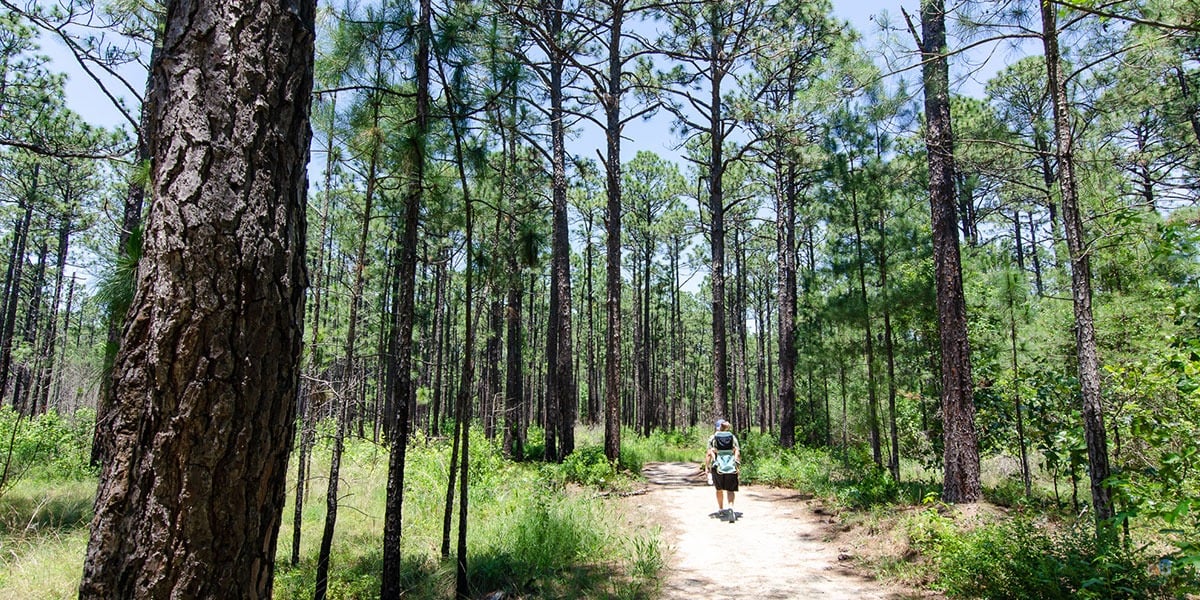 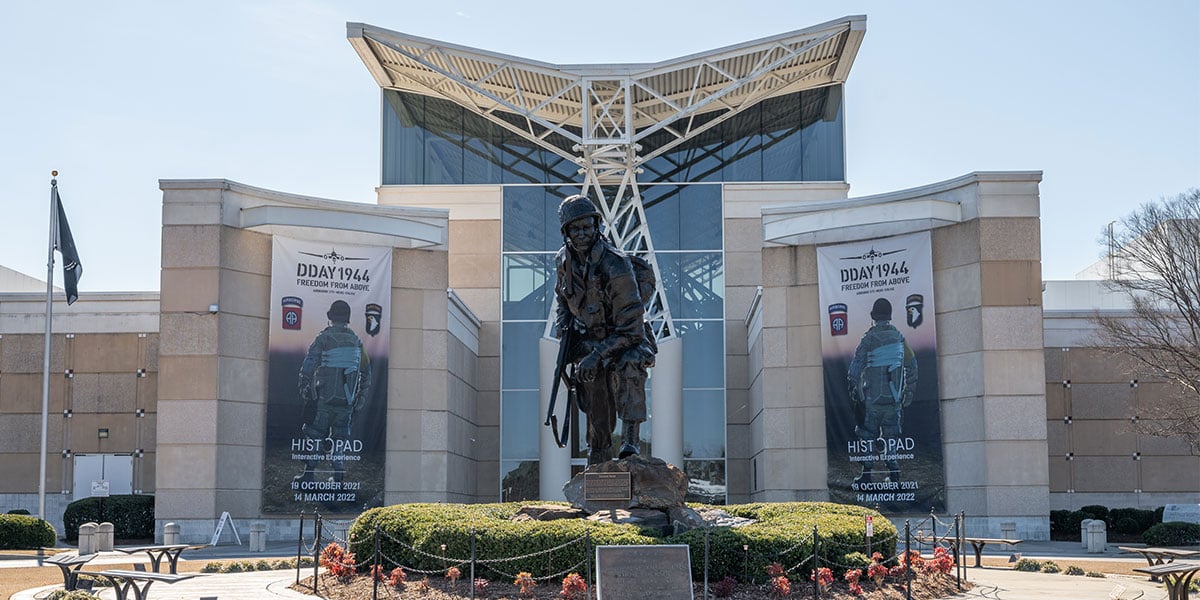 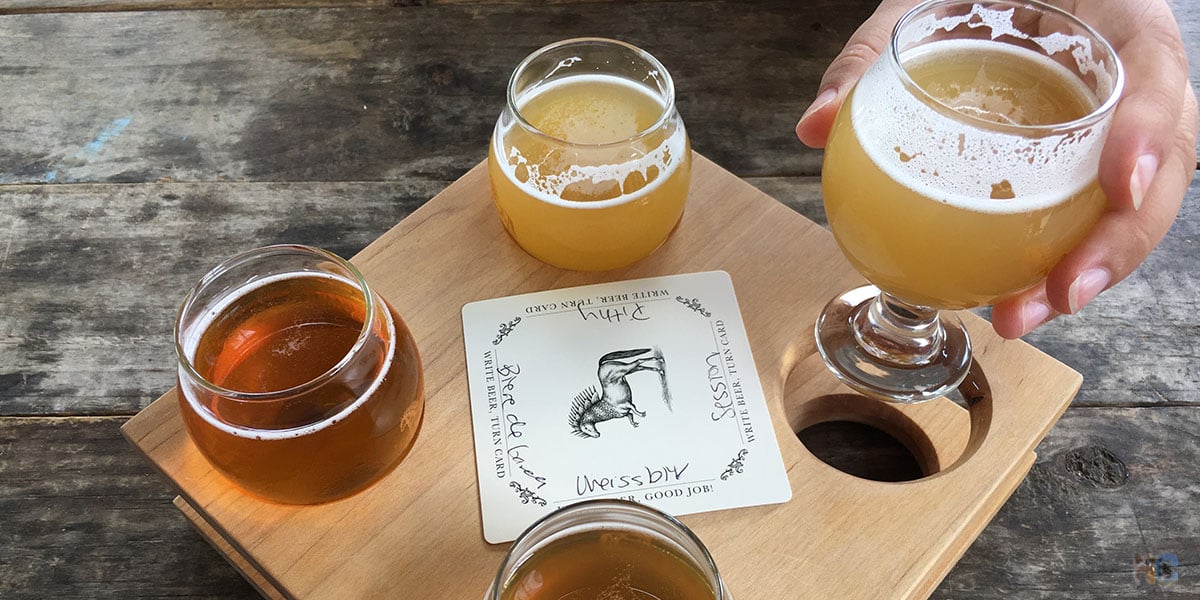 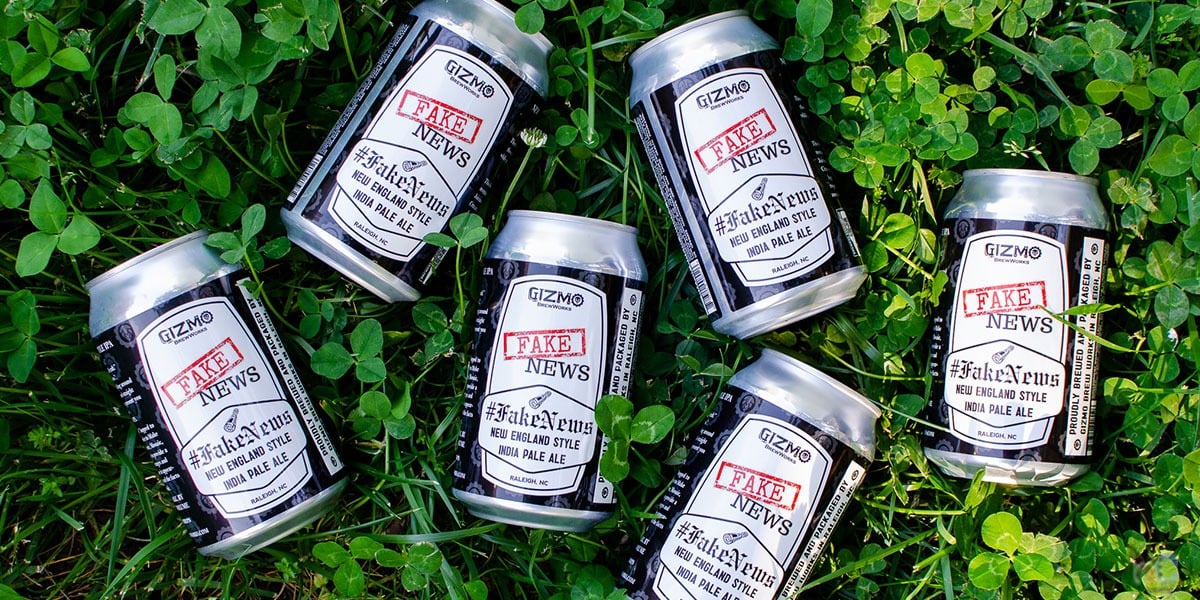 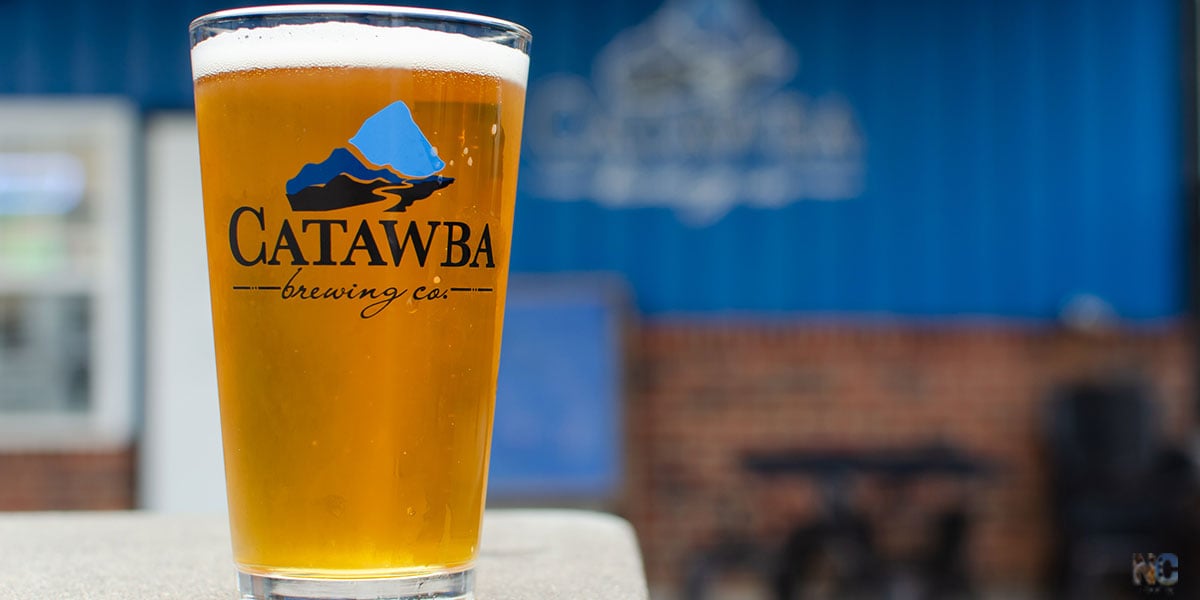 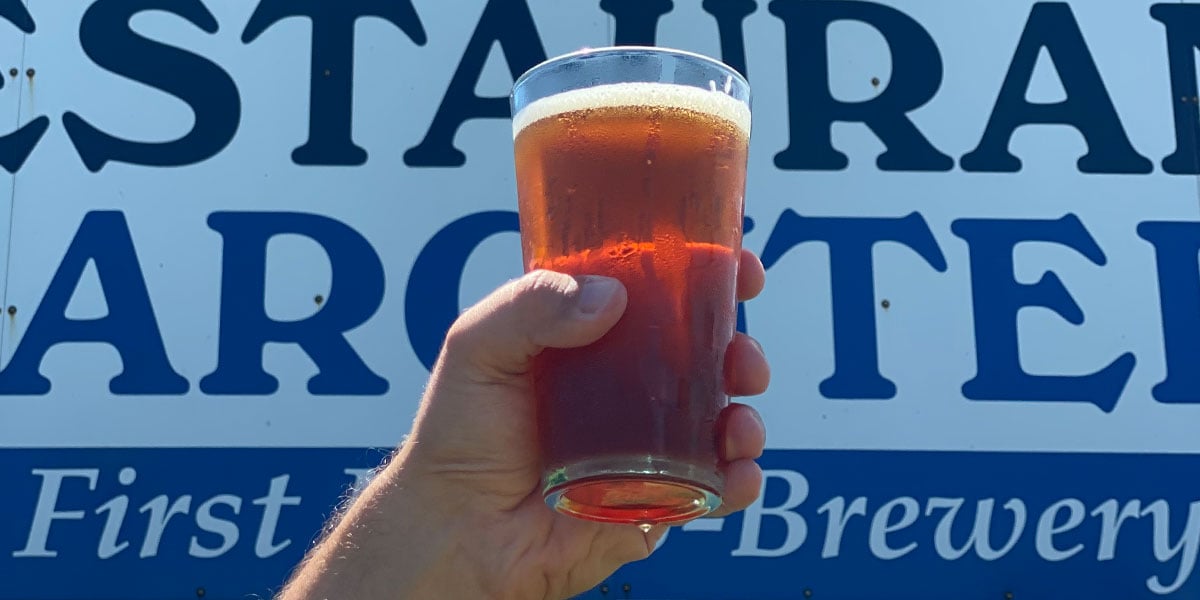 5 thoughts on “Dirtbag Ales in Hope Mills: More Than a Veteran-Owned Brewery”