If you want to see how the Wright Brothers lived and worked as we have many times, our guide is here to help. We’ll give you all the details, including admission details and things to do nearby!

In case you’re looking for something specific, here’s how we’ve organized this guide:

You can skip ahead for admission info and things to do at the Wright Brothers National Memorial or continue reading about Orville and Wilbur’s background.

Who Were the Wright Brothers?

The Wright Brothers were also curious entrepreneurs, having owned a newspaper and eventually, a bicycle shop in Dayton.

The money from these ventures funded the brothers’ scientific experiments on air travel, which started in 1899. By 1900, the Wright Brothers were ready to start testing manned gliders but they needed the right conditions.

Aviation authority and engineer Octave Chanute suggested a location on the east coast for consistent wind and soft sand for landing. They ventured to Kitty Hawk, North Carolina and lived there on and off for about three years.

The two lived in very basic tents with just the essentials before constructing a more permanent living and working space in 1902.

After years of tests, delays, and various other obstacles, Orville Wright successfully flew for 12 seconds and 8 feet in the air on December 17, 1903.

A famous photograph of the “First Flight” shows Orville piloting while Wilbur ran alongside the Wright Flyer.

Wilbur and Orville each flew twice on that day, and their achievement paved the way for innovations in aviation and flight for decades to come.

Kill Devil Hills and Kitty Hawk immediately became the talk of the country with the Wrights’ accomplishment making headlines.

In the 1920s, the U.S. government set out to formally acknowledge the brothers as innovators and trailblazers.

For years, both Kill Devil Hills and Dayton, Ohio, the brothers’ native city, fought to be recognized as the birth of flight.

In 1927, President Calvin Coolidge signed a bill allowing the Wright Brothers National Memorial to be built in Kill Devil Hills.

A monument was built and dedicated in 1932.

1,000 people, including Orville, were in attendance that day. His brother Wilbur had passed away in 1912 from tyhoid fever.

Over the years, many attractions and features have been added to the memorial and its surroundings. Whether you plan to visit the Outer Banks or not, Wright Brothers National Memorial should be on your NC Bucket List.

Read More: How to See Wild Horses in the Outer Banks

Before you do visit, there are a few things that we think you should know:

The Memorial also requires a pass for every person visiting.

To avoid the wait at the Memorial, buy your passes here in advance.

Things To Do at the Wright Brothers National Memorial

The Wright Brothers National Memorial has been added on to a few times throughout history, now covering over 400 acres.

Here’s an overview of what you can do when visiting.

The Visitor Center is the best place to start your visit to the Wright Brothers National Memorial. Pick up some planning guides, learn more history, and browse the gift shop before making heading outside.

Exactly twenty-five years after the flight, the National Aeronautic Association dedicated the boulder and plaque found at this monument.

The Flight Line is a recreation of the original rail that the brothers used to launch the plane. Both attractions focus on the success of the first flyer.

The camp fell in disarray after the brothers left in 1911, prompting its reconstruction on the 50th anniversary of the first flight in 1953. Over the next few decades, the camp was built and rebuilt multiple times due to weather damage and termites.

The structures standing today were built in 1993.

Walking around the Reconstructed Camp gives visitors a look at camp life and a newfound appreciation for the brothers’ accomplishments.

The park’s highlight is the Wright Brothers Monument, a 60-foot granite monolith sitting atop the 90-foot-tall Kill Devil Hill.

The monument sits on the dune that the brothers conducted their experiments on and immortalizes Wilbur and Orville as “conquerors of the air.”

Added to the park in 2003 by the state of North Carolina, the December 17, 1903, Sculpture is an artistic remodel of the first successful flight. A recreated plane is surrounded by sculptures of the two brothers and the witnesses of the flight.

This attraction is open to touching and climbing.

The Wright Brothers National Memorial typically hosts a day-long celebration of the First Flight on December 17 each year. In 2020, the event was held virtually and for the first time, as a joint endeavor by North Carolina and Ohio.

We think the Wright Brothers National Memorial is one of the best ways to spend an afternoon in the Outer Banks. You can get outside and learn about how two trailblazing brothers lived and worked toward changing the world.

If you’ve visited this amazing place, we’d love to know what you think of it. Let us know in the comments section or by email.

When you visit for the first time, please feel free to share your experiences in our North Carolina Travel Facebook Group.

Before you do, here are few places near the Wright Brothers National Memorial that you should know about.

Things To Do Nearby

The Wright Brothers National Memorial is full of fun attractions and activities for all ages. After touring the Memorial, take some time to explore some things to do nearby.

Don’t forget to grab some delicious local food at a nearby restaurant, either!

After a walk around the Wright Brothers Memorial, you’ll likely be wanting to grab a meal! Kill Devil Hills and Kitty Hawk offer a wide array of dining options, including the following:

There are a couple of other fun outdoor attractions near the Wright Brothers National Memorial, including Nags Head Woods.

Jockey’s Ridge State Park is also around the corner and home to the tallest sand dunes on the east coast. This 427-acre wonderland is the most visited NC state park.

There are 3 officially designated nature trails at Jockey’s Ridge, and you can start from the Visitor Center parking lot or the Sound Side lot.

We love walking among the dunes or simply standing on one. You can also hang glide here or just hang out and watch the sunset over the sound.

Cape Hatteras National Seashore stretches about 70 miles from Bodie Island to the edge of Ocracoke Village. The area is packed with sandy beaches, islands, swimming, hiking, kayaking, and more!

The Outer Banks Scenic Byway will take you through it all, with plenty of stops along the way:

Named after Sir Walter Raleigh, Fort Raleigh is 17 miles southwest of the Wright Brothers Memorial on Roanoke Island. It commemorates the lost English colony of Roanoke and the cultural heritage of the many people who have lived there over the centuries.

Hike the historic trails, watch a performance of The Lost Colony at Waterside Theater, and check out the monuments and informational signs around the site. 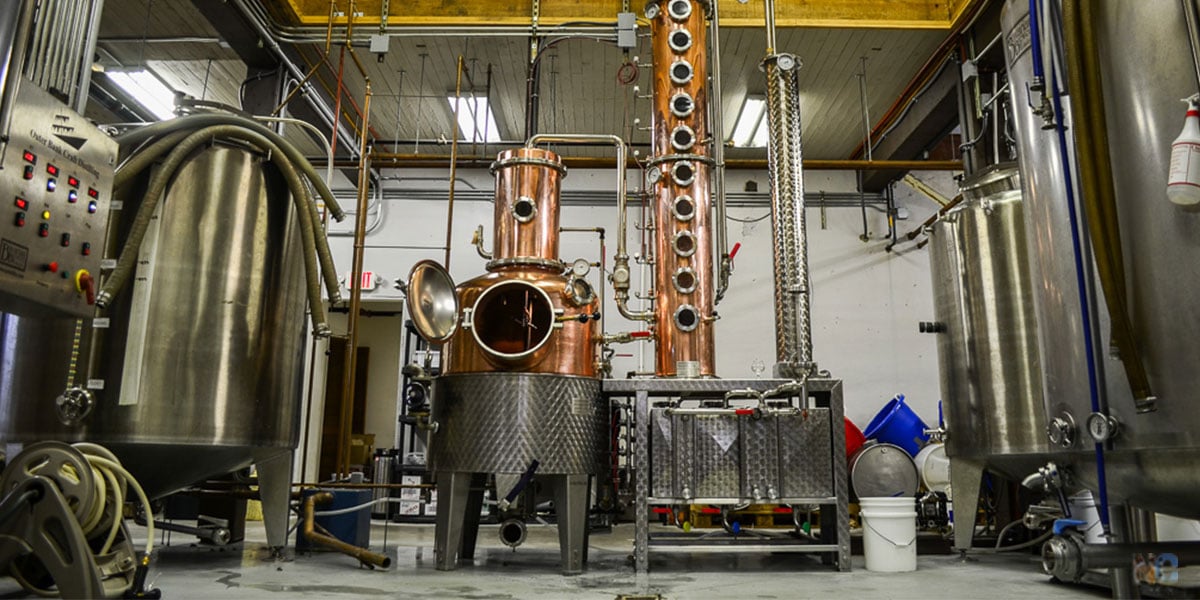 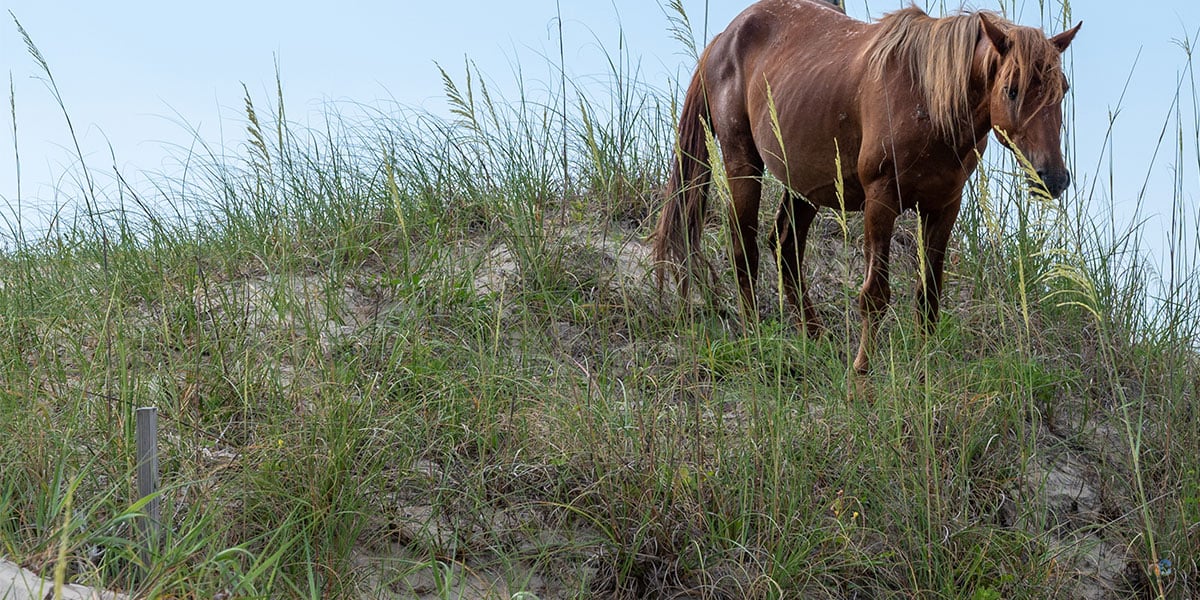