Flowers are finally blooming and spring has officially arrived by the time April in North Carolina rolls around. This is the perfect time of year to travel through the state and attend events happening all around.

There is so much going on that we had to narrow it down to 25 fun things to do in North Carolina in April. We hope you can partake in at least a few, but for now, let’s see which ones you’re going to love the most!

Also, to keep things organized, we’ve ordered these events in April by starting date, alphabetizing by the city when there are multiple going on. Here’s how you can easily jump around to the date that you’re looking for.

You can skip ahead to a specific 10-day period of the month or continue reading about a couple of great month-long things to do in North Carolina in April.

Most of North Carolina’s Minor League Baseball teams get their seasons underway on April 8. They may also have special events going on to celebrate the first pitch of the All-American sport.

Don’t forget about NCAA Baseball, either, which started in February but is still going strong in April.

The North Carolina Science Festival is produced by UNC-Chapel Hill’s Morehead Planetarium and Science Center. This annual month-long celebration of science is a collection of hundreds of community events held throughout North Carolina.

There are so many venues to name, and we’re grateful to Morehead Planetarium for compiling an official list of events.

These events are an eclectic mix of indoor and outdoor fun, including star parties at planetariums, festivals, nature walks, and more!

At Pig in the Park in Goldsboro, 15 teams face off in a contest to cook their best whole hog BBQ. The teams are broken up into two divisions (NC Pork Council and Backyard), and it’s estimated that they’ll feed more than 5,000 festival-goers.

The Cosmic Rays Film Festival starts at the end of March and carries over into April. It’s an annual showcase of short films by some of today’s most exciting filmmakers and artists.

Screenings and live audiovisual performances await at this exciting event in Chapel Hill!

Read More: The Best Things to Do in Chapel Hill

Calling all train lovers–this event in Hickory is the thing to do in April for you! At the 20th annual NC Railroad Expo, 3,000 tables will be filled with various items related to model trains.

Over 65 chefs participate in this pig cooking and judging contest in Newport. And the best-tasting pig isn’t the only thing on the line at the 44th Pig Cookin’ Contest.

There are 10 money places and 10 trophy places at stake, too.

Open from 12:00 pm to 5:00 pm at Koka Booth Amphitheatre, the festival offers 60-plus beers, tequilas, wine, and ciders to compliment the delicious tacos.

Read More: The Best Things to Do in Cary

The NC Aquarium at Fort Fisher near Wilmington hosts Cape Fear Craft & Cuisine in conjunction with Cape Fear Craft Beer Alliance. During this event, many local chefs pair their best creations with 10-plus North Carolina breweries.

At the NC Azalea Festival, be the belle of the ball! Or at least take part in the state’s largest festival to celebrate spring Southern style.

This is possibly one of the best things to do in Wilmington throughout the year!

Sip on sweet tea and stroll through the historic homes, enjoy the music of REO Speedwagon and Cypress Hill, and practice your wave during the annual parade.

Full Frame Film Festival is often referred to as “Sundance of the South.”

Filmmakers and film lovers from all over the world come to Downtown Durham’s American Tobacco Campus to take in nearly 100 movies and participate in discussions and roundtable panels. This year, the festival will be taking place online.

You scallywags aren’t going to want to miss the annual Piratefest! Hosted along the Tar River in Greenville, this year’s event will have live music, BMX, sword fighting, and plenty of vendors on hand.

Be there, or dare to walk the plank. Before or after the fun, you should grab some food and/or a pint at one of these awesome breweries and restaurants in Greenville.

Two Western Carolina University departments (the Department of Campus Recreation and School of Health Sciences) join forces for the 10th year to host the school’s annual Catamount Climb Half Marathon and 5K, previously called the Valley of the Lilies.

Proceeds from the race support the students of WCU through professional development and travel.

Riders who join the annual TarWheel Cycling Event have the option of cycling anywhere from one mile to 100. Regardless of which one you choose, you’ll get a chance to ride and enjoy the beautiful countryside views of Northeastern NC.

The All American Tattoo Convention in Fayetteville is the place to be if you are looking for new ink. With celebrity artists also seen on Inkmaster, Tattoo Nightmares, and Tattoo Rescue browse to find your perfect fit.

Specialty vendors will be on-site to accompany events happening all day. They include tattoo contests, the Miss All American Pin-up Pageant, and even a Food Truck Rodeo.

Read More: The Best Things to Do in Fayetteville

For the Easter Hat Parade in Dillsboro, you can bring your own hat or fashion one at Dogwood Crafters. Parade registration begins at noon and the parade starts at 2:00 PM.

A sneak peek of the fun you’ll have here are face painting and meetings with the Easter bunny!

There are two dogwood festivals happening at about the same in April. The first one is the four-day Fayetteville Dogwood Festival (April 21-24). Here, you’ll find entertainment, food, a street fair, and more to accompany a lovely display of blossoms.

And in Alamance County, the Mebane Dogwood Festival (April 22-23) is back for its 34th year. The fun includes food and fun for kids and adults.

The annual RiverRun International Film Festival returns to Winston-Salem with over 100 films from 30+ countries. This lineup is just part of why RiverRun is considered one of the Southeast’s premier film festivals.

Along with ticketed showings, there are more free events and screenings offered than ever before.

Join a community of bluegrass music lovers at the 10th annual Rockyfest! This festival celebrates old-time bluegrass music and has a trail race, rock climbing, and more fun.

Kids can enjoy inflatables and everyone involved will love the arts and craft vendors and food that will be on hand.

Occurring Downtown every April, the small town of Mount Olive fills with thousands of pickle enthusiasts for the NC Pickle Fest. Events include the Pickle Eating Contest, Tour De Pickle (25, 53, or 75-mile bike races), and the Cuke Patch 5k.

And if you’re not in a competitive mood, Downtown is packed with events, special vendors, and all things pickle this April!

Greening Up the Mountains, Sylva (April 23)

Sylva in Jackson County has its own spring celebration with Greening Up the Mountains.

Three stages will have bands from the area playing during this free festival and there will be a variety of kid-centric events—storytelling and a recycled materials Superhero Costume Contest, to name a couple.

Read More: Bear Lake Reserve (Everything You Need to Know about this NC Mountains Getaway)

Racers from over 20 nations will compete in the largest paddleboard race on the east coast in Wrightsville Beach.

The five-day event attracts the best professional paddlers and amateurs to compete and attend clinics. You can come and check out the races or hop on board yourself.

Read More: Beaches Near Wilmington (Which One is Best?)

Considered to be one of the premier music festivals in the country, MerleFest showcases “traditional plus” music in memory of the late Eddy Merle Watson, son of the American music legend Doc Watson.

We interviewed MerleFest founder B Townes and you can read all about it here!

Read More: Fun Things to Do in Wilkesboro

For the last of our things to do in North Carolina in April, we celebrate spring’s arrival in downtown Southern Pines with a fun day of food, rides, and more entertainment.

During SpringFest, two blocks of Broad Street are blocked off, with more than 160 vendors from our state and beyond filling them up for the day.

Ready for These Fun Things to Do in North Carolina in April?

So, which April event or events do you plan on attending? Also, is there something we should add to this list of April events in North Carolina?

We’d love to know about it. Send us an email and we’ll take a look!

Note: If you represent a tourism bureau, destination marketing organization, or PR agency and would like placement here, please visit this page for more info.

More Things to Do in North Carolina in April (and Beyond!) 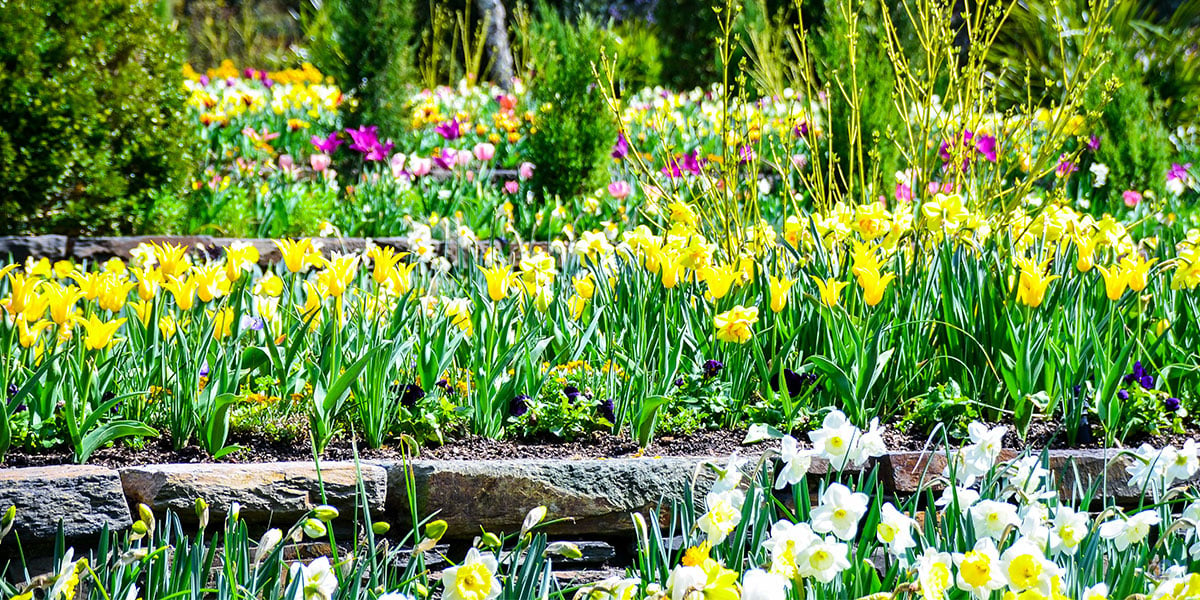 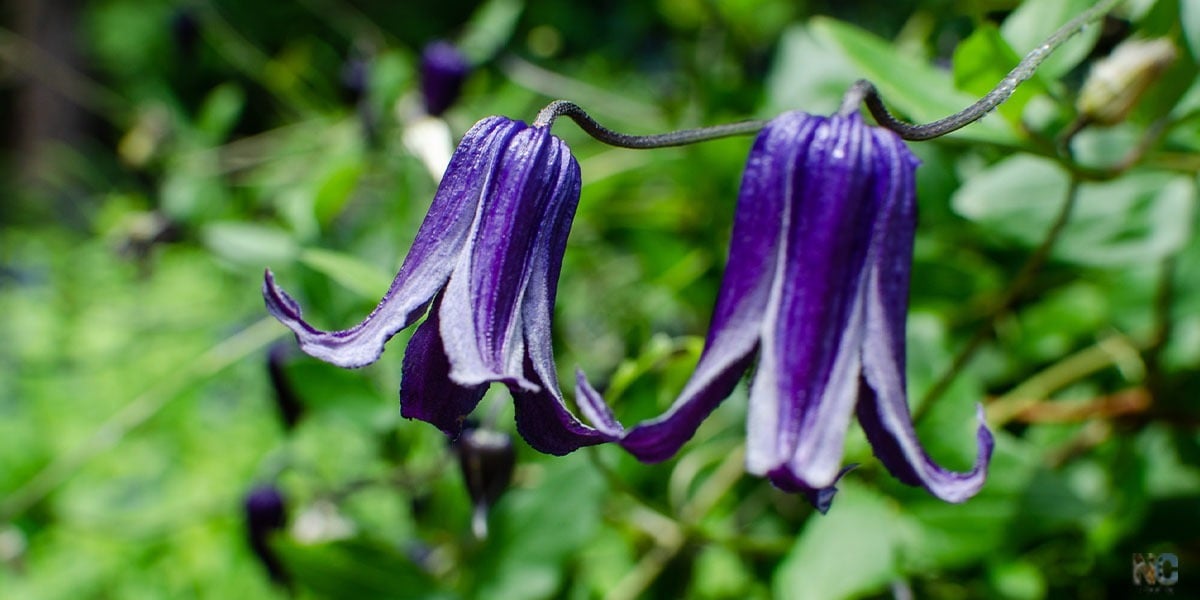 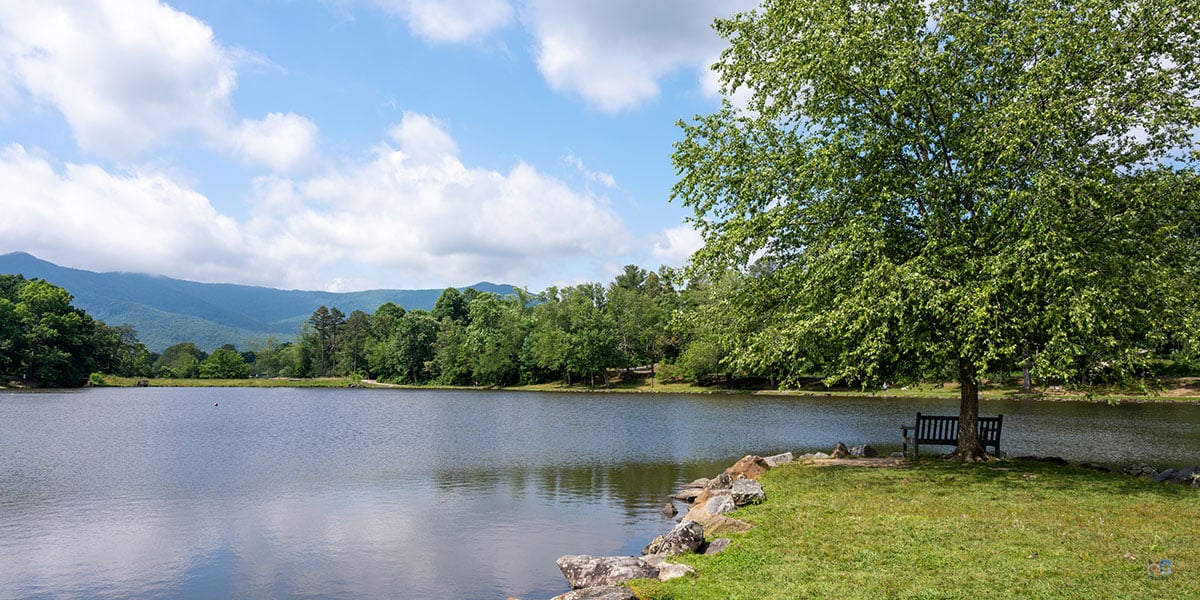 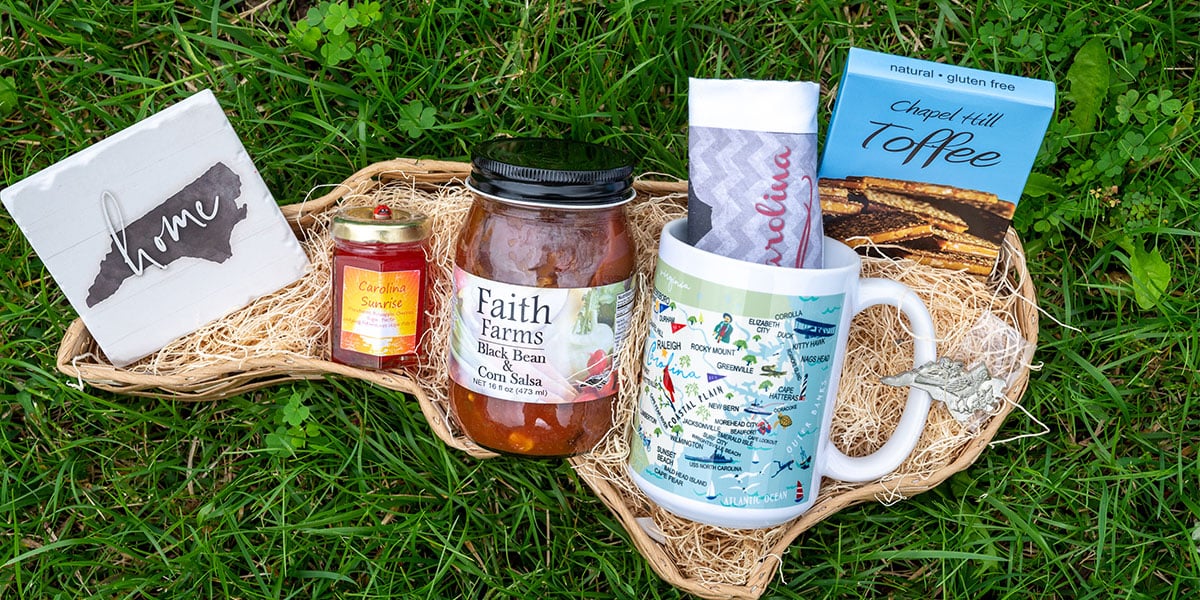 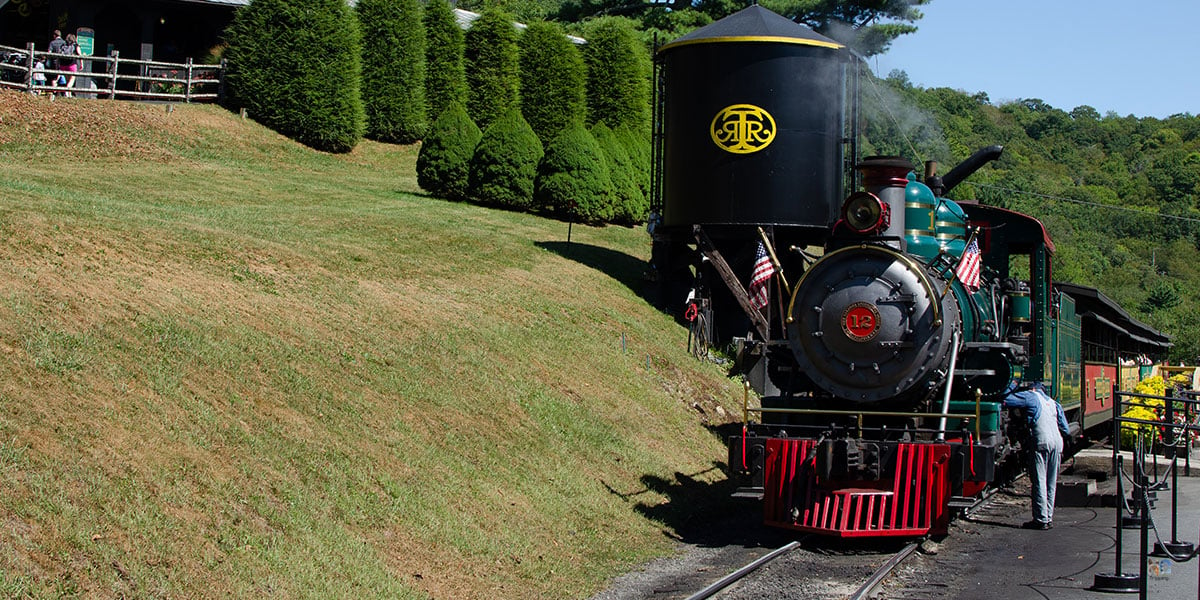 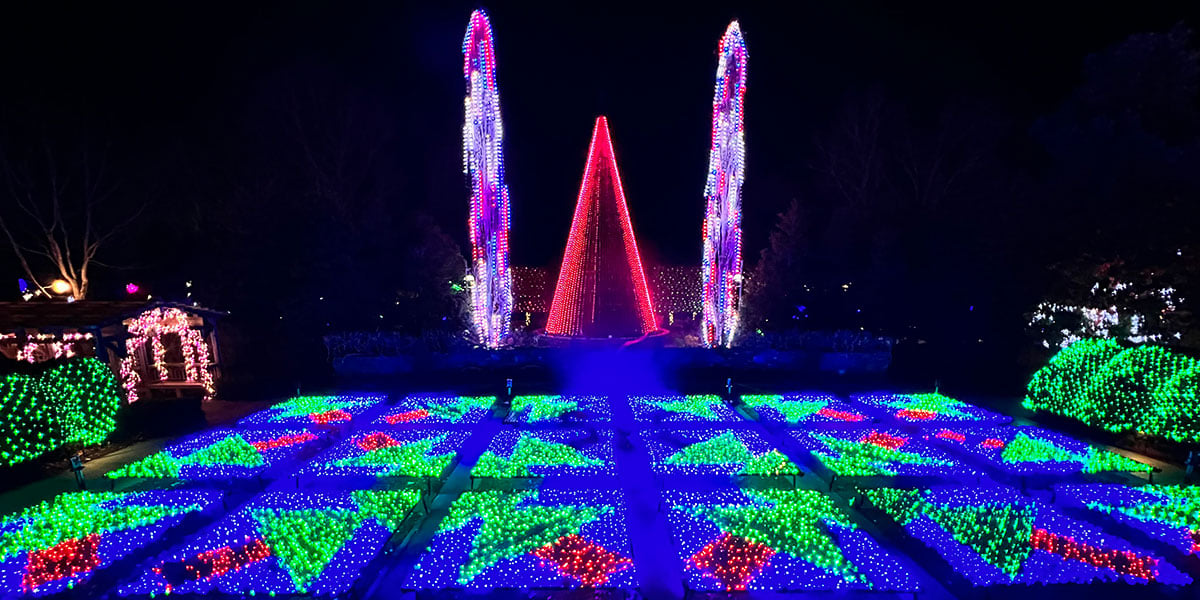 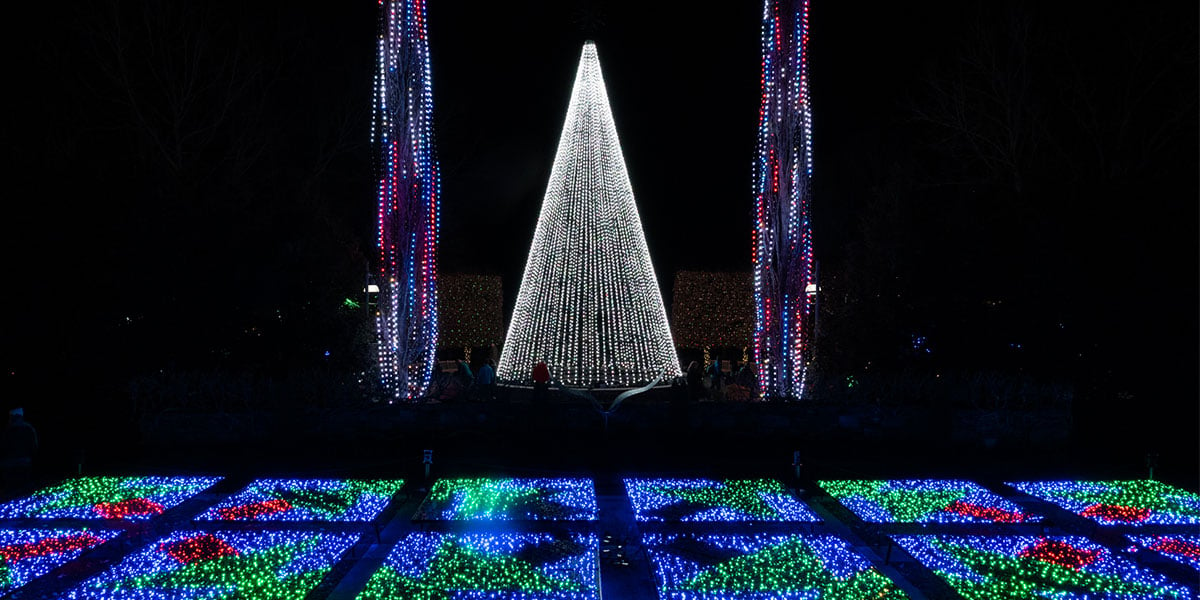 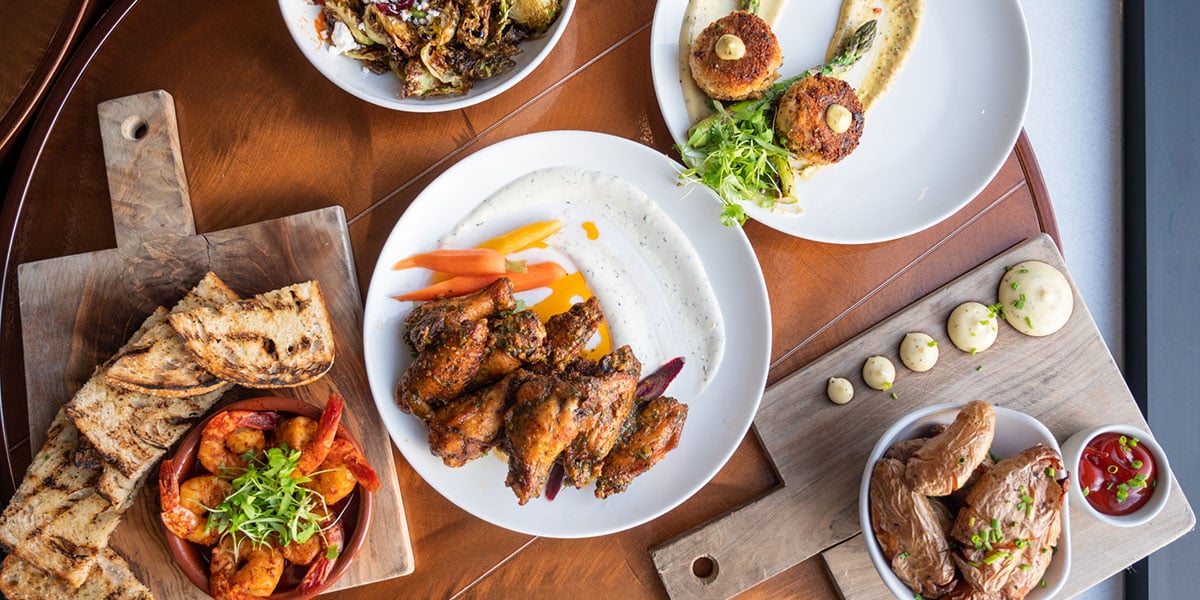 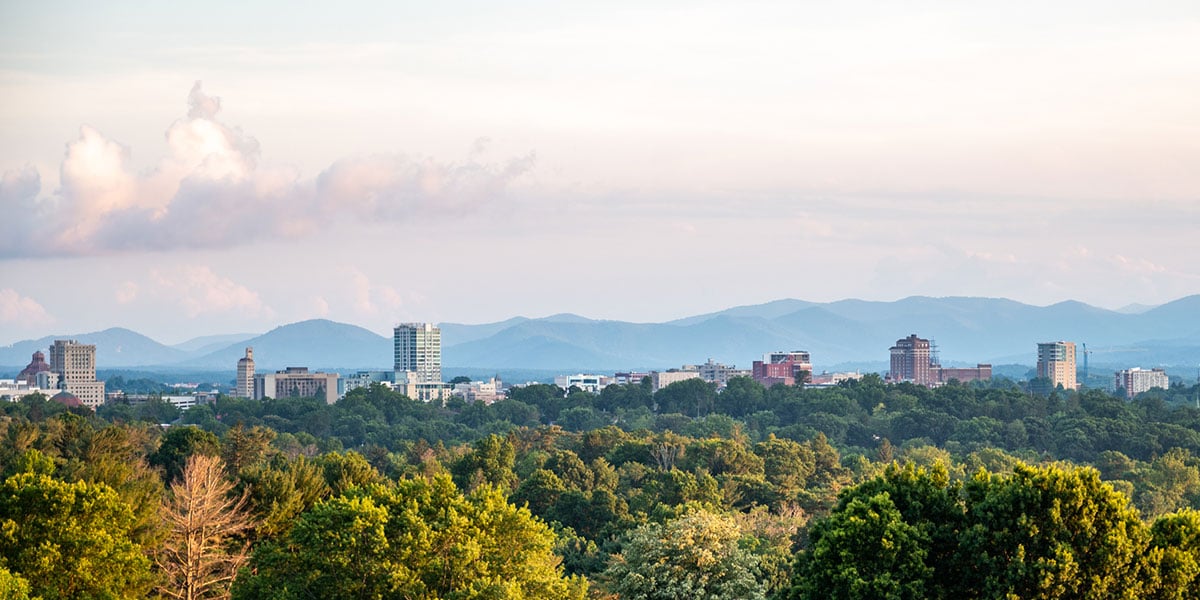